After Gene got out of the Coast Guard Service in 1946, he worked at Royal Dry Cleaners in Austin, MN, for a few years.

Then, after getting married in 1948, he and his wife started their owned dry cleaning business in Stewartville in 1950. All went well and business was good, but after 4-1/2 years, Gene wanted to get back to Adams, MN, where he grew up.

It was then that he commissioned Vincent Miller’s crew to build a home for his new business. It was located across the street from the post office. In 1954, he opened the doors to Gene’s Cleaners. Gene did the dry cleaning on site and his wife, JoAnn, would drive to surrounding towns, including Taopi, Grand Meadow, and Elkton, to pick up clothing to be cleaned.

After a couple of years, he expanded the business to include not only dry cleaning services, but also a sport shop. He sold outboard motors, fishing supplies, guns and ammunition, lawnmowers, and much more. In addition to selling motors, he also repaired them in his workshop in the back of the building. The name of the business then changed from Gene’s Cleaners to Gene’s Cleaners and Sport Shop.
​
Gene and JoAnn closed the doors to the business in 1994, after 40 years of service. They sold the building and bought a house a few blocks away.
On December 3, 1997, Gene passed away. 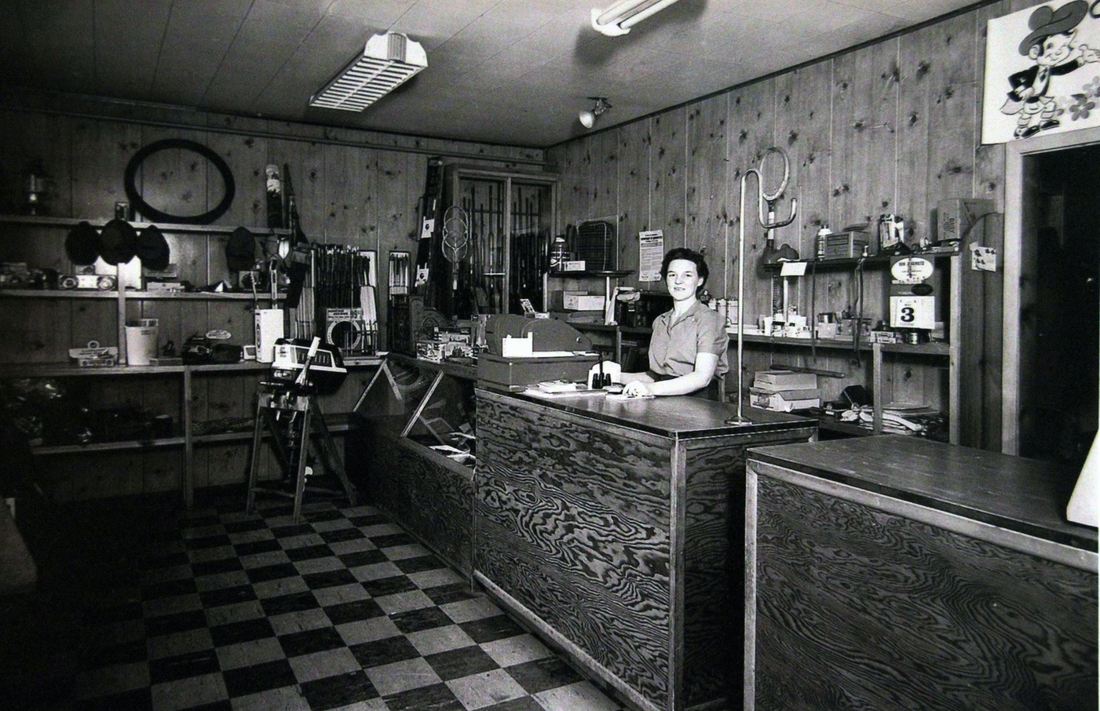